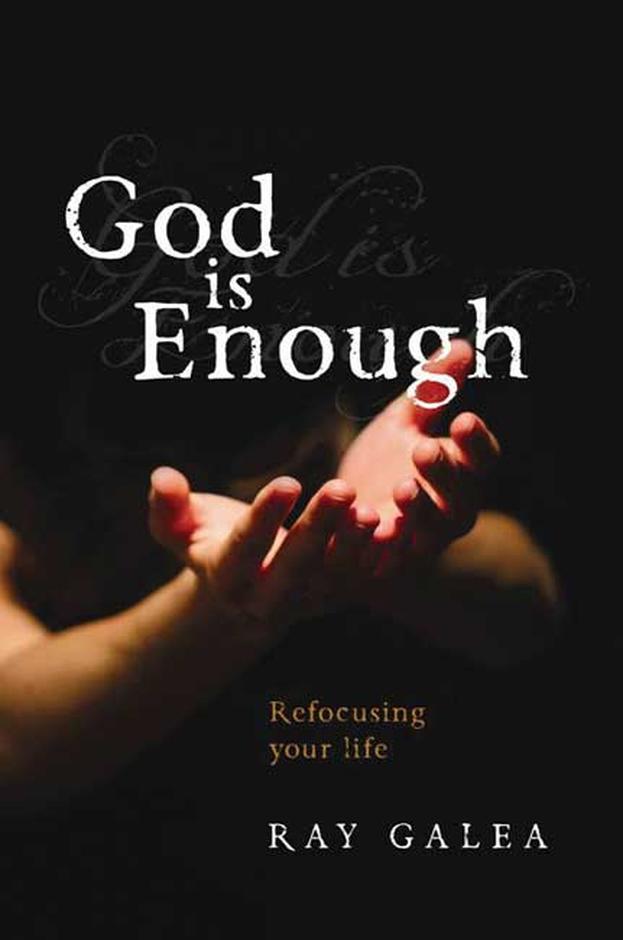 ‘God is enough’ is the second book to be published by Australian minister and author Ray Galea.  It focusses on eleven psalms from the bible each of which is given a chapter of discussion as Galea attempts to make the case from them that, as the title infers, God is all we need in our Christian lives and we can lose sight of this by not placing Him first.

There are illustrations throughout of the author’s personal life, as well as modern day culture whether it be YouTube clips or song lyrics from luminaries such as Bob Dylan and U2 which serve to put the psalms in a 21st century context.  This helps the reader identify with what the psalms are really saying by putting them in language that they can understand and relate to.

There are plenty of positive encouragements to those readers who are struggling with their faith, for example, in chapters five and six which discuss King David’s heinous sins of adultery and murder contained in Psalm 51.

If God can forgive these sins as He did for David, then surely there is hope for us all.

In all the psalms that are discussed, aspects of God’s character shine through whether it be His mercy, His love, His grace or His holiness which are portrayed as an antidote to anything we might be going through as Christians, in particular our need to have our sins forgiven or how we cope with illness and suffering.

In respect of the latter, Galea uses the example of a former senior minister of the church he was assistant to, named Les Vitnell.  Les had developed cancer, and when Galea went to visit him in hospital just before he died, he responded to being asked ‘what would it be like to be in the presence of God in 24 hours?’, as this was how long he was expected to live.  Ray replied, “I have to tell you, I’m a little excited!”

That response is in marked contrast with non-believers and even some Christians who don’t want to discuss such a taboo topic as death and who try to cling to life with all their might as a result.  As Galea goes on to explain, “I often think that as Christians, we are at our best when we die,” which is yet another reason to give thanks and praise to God that even death has been defeated by the Cross.

In fact, there is nothing that we face in life that can’t be dealt with by God and he remains our steadfast hope forever.  This book does an excellent job of affirming this good news and I would strongly recommend it especially to everyone, especially people at other stages of their life’s journey who also need to know the ultimate truth that God is indeed enough.

We’d love to hear from you! Please send any questions or enquiries to hello@tcfperth.org.uk